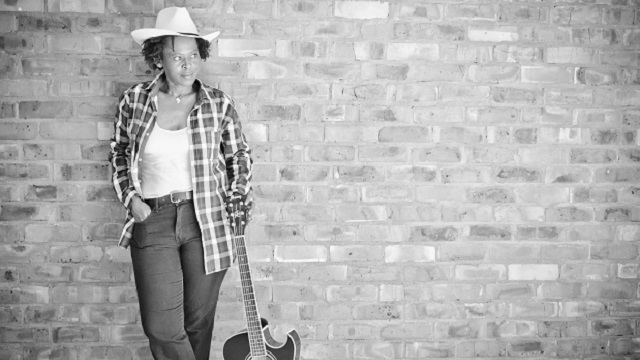 Verah Jones (born Faith Ndukwana) is a singer-songwriter and actor. Born on 7th May 1969 in the Bo-Kaap, she grew up in Gugulethu township. Verah has a degree in Theatre and Performance (UCT, 2005), but no formal musical training.

Her gift as a singer lay hidden until she made second place in a Jazz singing competition in 2009 (Grand West Jazz Open mic), as well as making the finals in SA‘s Got Talent that same year.

Singing and song writing is another means of expressing her love for story telling, and what better way than through music? Having written the words and driven by the need to articulate musically, but lacking the knowledge, it was time to learn to play an instrument. So, in 2013 she bought a used guitar and a book, and never looked back. Verah´s musical style is cautiously eclectic – with Country, Blues, and Rock under-tones. Her songs are inspired by ´life, love, and the demons that chase us´. She writes and sings in English and isiXhosa. She lists among others Paul Simon, Tanya Tucker, Dinah Washington, and Tim McGraw as musical influences. Since April 2015, Verah has mostly been writing and performing. She is now based in Pretoria.