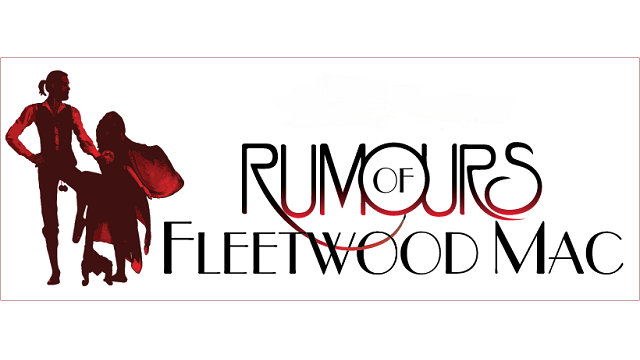 Rave reviews from audiences across the Western Cape after many sold out shows.

“Actually 10 out of 10. This show was definitely one of the best shows we've seen”

"Such a talented band, thank you Drama Factory for giving us the opportunity to see the wealth of talent
we have in our country.”

“Absolutely top notch . Would watch them again and again!”

“I must say that the band was absolutely excellent and the lead singer amazing.”

“Great show band was excellent with great rendering of the Fleetwood Mac songs.”

“It was a fabulous show, brilliant musicians sound was amazing”

Rumours of Fleetwood Mac is a tribute show centred around one of Fleetwood Mac’s most successful albums Rumours (1977) that spent 31 weeks at No 1 on the Billboard charts. Rumours remains a candid songwriting triumph that cemented Fleetwood Mac’s status as one of the greatest rock bands of all time.

Featuring a full band made up of some of Cape Town's top musicians, Rumours of Fleetwood Mac takes the audience into an audio landscape filled with ‘classic time-capsules of memories’ with tracks like Go your own way’, ‘Don’t Stop’, ‘Dreams’, ‘Everywhere’ and ‘Second hand news’.

The earworms of Fleetwood Mac scattered throughout the show are guaranteed to have you smiling, foot-stomping & singing along to these iconic music gems.

Skye Wilson’s incomparable lead vocals drive the show backed by her exciting rhythm guitar work. She is no newcomer to the South African music scene, having formed The Sunshines with Greg Schoeman in 1993. The Sunshines recorded and independently released their debut album “Removeable Tattoos” (available on iTunes, Google Play, Deezer and Amazon) at Shifty Records in 1994 and dominated SA’s national and regional airwaves with their contagious, feel-good pop tunes which included the hits “Wanna make love”; “Happy Person” and “Judy”. Skye’s first album, Transformme, released in 2013, is a dreamy and somewhat indefinable collection of songs, stories and recollections, available for download on iTunes, Google Play, Deezer and Amazon.

Greg Schoeman (electric guitarist and vocalist ) is a professional, experienced and diverse guitar player and vocalist. His style ranges from pop/rock to blues/soul with a drop of African thrown in for good measure. Along with Skye, he founded The Sunshines in the 90’s. He also plays for the popular Fancy Galada Band. Greg recently released his self penned album called "In My Street", available for download at iTunes, Google Play, Deezer and Amazon.

Wendy Van Rensburg’s exciting keyboard playing has ensured her a busy career as a freelance musician. Not only has she written and produced two cabarets, written and composed music for various clients, including Sun International, she has also performed in some highly acclaimed productions, including "Girl Talk 007" at The Sound Stage.

Nick Catto's vocals and bass playing are hereditary. He was born in Johannesburg into the Blundell family musical folk dynasty. His earliest memories are of family singalongs and barn dances.

After moving to Cape Town in 1999, he pursued his love of music and formed a band with some school friends in 2005. Several projects (and as many genres) later, Nick co-formed a group called Hatchetman in 2013 (with brother Matt and Nick Turner) which focused on three-part harmony and emotive, thought-provoking song writing. They recorded Hatchetman’s first studio album in 2016 and went on to win 3 coveted Standard Bank Ovation awards (one Silver) at the National Arts Festival between 2016 & 2019. They also have performed together and individually at many theatres and festivals throughout the country, Rocking the Daisies, Kirstenbosch Summer Concerts, Synergy, Up The Creek, KKnK, Woordfees, Cape Town Arts Festival, and many more.

Drummer/Percussionist and Vocalist, Francois Hardy relocated from Durban to Cape Town on 2021. His music career has earned him the respect of the local and international music industry. In the 1980’s Francois toured South Africa as Drummer with 7 piece International Irish Rock Band "The Molloy's". In the 1980’s and 90’s he was a founding member, drummer and backing vocalist for “Equinox”, one of the most successful bands to come out of South Africa. The group recorded an album with David Gresham Records entitled "Under Cover Lover" and their song "Kiss, Kiss Goodbye" off the album, reached No.2 on the South African charts.

Since leaving Equinox, Francois has toured and performed extensively in South Africa and some of his most celebrated performances have been in Theatre productions. He performed with Pierre de Charmoy in "Reaching Out", "The Balladeer" and "Diamonds and Charms". He also performed in Three Theatre Productions with the "Pumpkin Theatre Show Band" at La Montagne Resort in Ballito. Under Musical Director Calli Thomson, Francois thrilled audiences in three different productions at the Heritage Theatre in Hillcrest. He performed on drums and vocals in Johan Liebenberg’s “Neil Diamond and Friends” at the Barnyard Theatre in Umhlanga Rocks. Francois performed in a Latin American Production “La Vida” with a 10 piece cast at the Barnyard Theatre in Umhlanga Rocks. Francois has recently performed Drums/vocals in “The John Ellis Trio” and for Elvis Tribute Artist Doug Weich in his five piece live band at the Rhumbelow Theatre.

Fleetwood Mac, (a name synonymous with great music) is a British-American band formed in London in 1967. To date, they have sold more than 140 million records worldwide, making them one of the world's best-selling bands of all time. In 1998, select members of Fleetwood Mac were inducted into the Rock and Roll Hall of Fame and received the Brit Award for Outstanding Contribution to Music.

This show is perfect for both venues and corporate events.