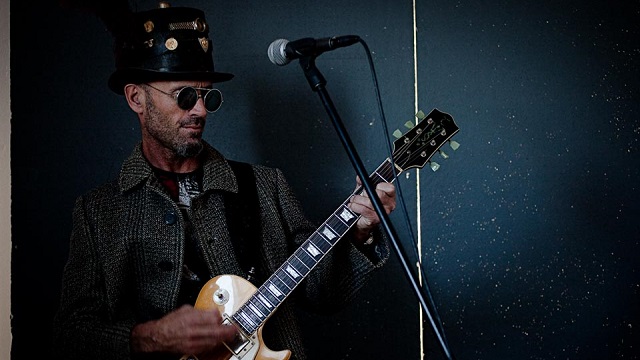 Gavin Gold’s Punk Pop / Alternative songs tell real life stories that will relate to your youth and rebellious side. The loudness of his songs has been toned down into an acoustic unplugged set that will get you rocking without bursting your eardrums.

When Gavin Gold first heard the Beatles at the age of 8 it was his equivalent of the big bang. At that tender age he was struck by the beautiful melodies and the strong feelings that flowed through his entire being. There was no turning back. Gavin knew that he had to have one of those guitars that the mop tops were holding and so started the many odd jobs that led to him buying his first guitar. Not quite a rickenbacker but a ¾ size of the nylon string variety. He was a proud owner.

Ever since then Gavin has continued to perform nationwide to great acclaim. He has collaborated with many of South Africa’s top artists, among them Greg Schoeman and Skye Wilson of the Sunshines, Deon Du Toit of Toxic Shame, Abe Sibiya from Zia, Mark Mc Cree of the Mc Cree Band and rapper Ronnie Magongo.
His debut 2016 CD release called “Neatness”, co produced by Deon Du Toit (from Toxic Shame) is available for download at http://www.cdbaby.com/cd/gavingold