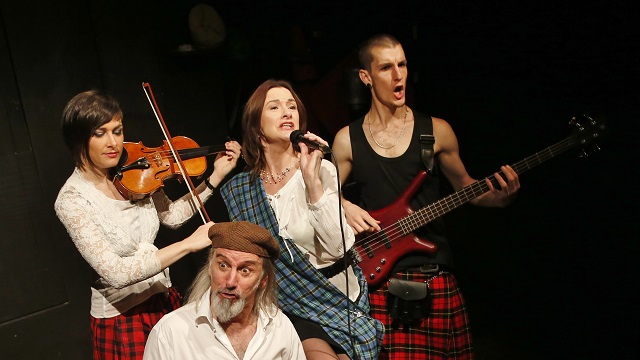 Christine Weir and her brother Graham founded the award winning Not the Midnight Mass. Over the years Not the Midnight Mass has won many awards, the most recent being 2009 Fleur du Cap best ensemble. As a solo performer Christine was nominated for Fleur du Cap best performer in a musical for her work in Noah of Cape Town, and in 2006 she was nominated for a Naledi award for her work in Songs from the Mediterranean. She was the soloist in the Sun City Extravaganza, Odyssey, from 2002 to 2005.
Christine has a special interest in Scottish traditional music and has performed under the banner Christine Weir and the Kilts for the past two years, doing gigs around Cape Town, most frequently at the Alma Café.
She is a singer and songwriter. Her song, The Clan MacDonald was linked to the MacDonald Heritage trust website, and has been played on Celtic FM and Two Lochs Radio in Scotland. To hear the song please go to the following You Tube link - https://www.youtube.com/watch?v=a-q6z0XR3kU . Please give it a “like”!
Christine is keenly focused on producing an outstanding vocal sound and has published a book on the voice, called “Shut your Trap and Sing!”