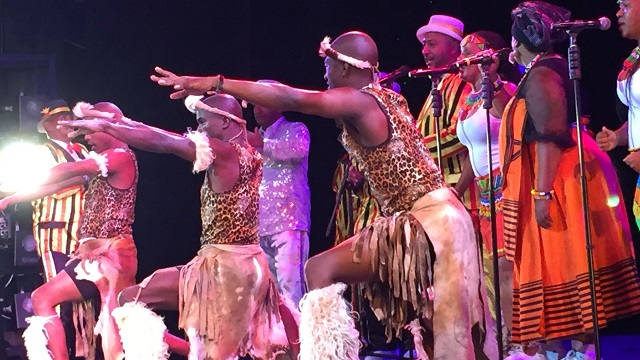 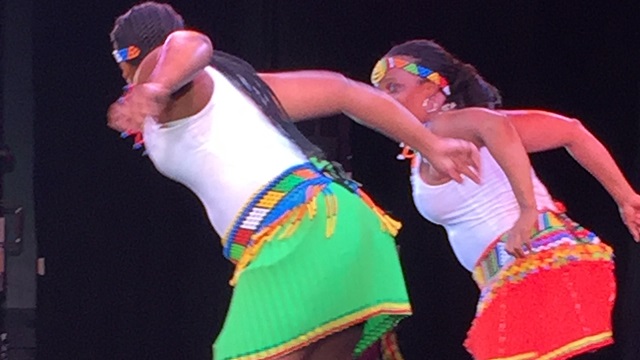 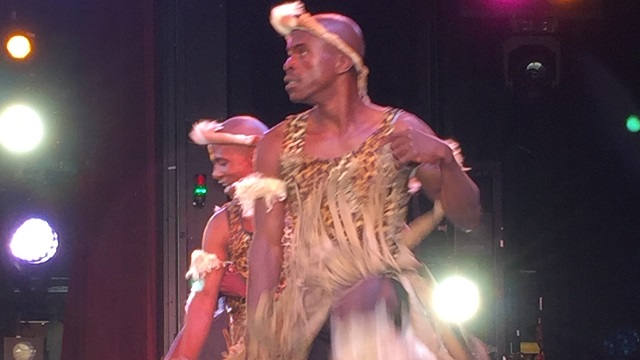 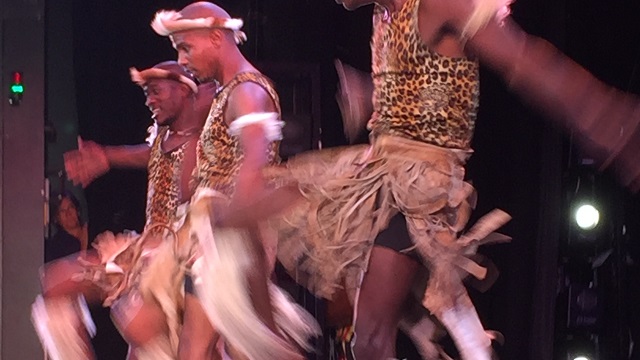 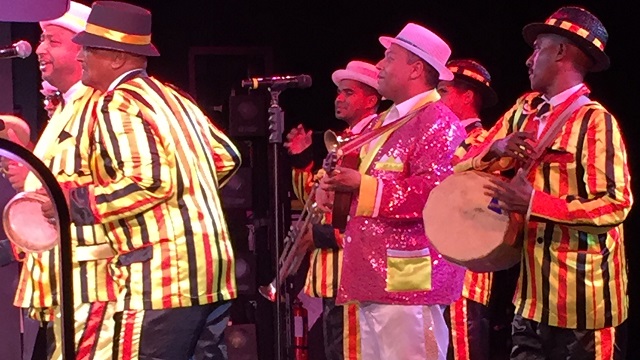 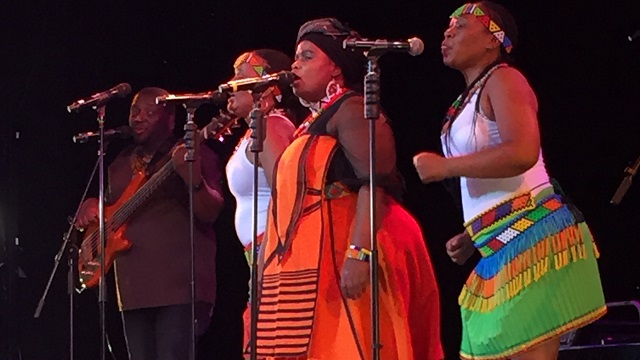 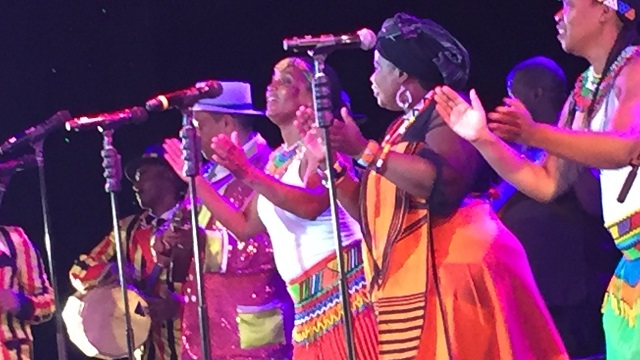 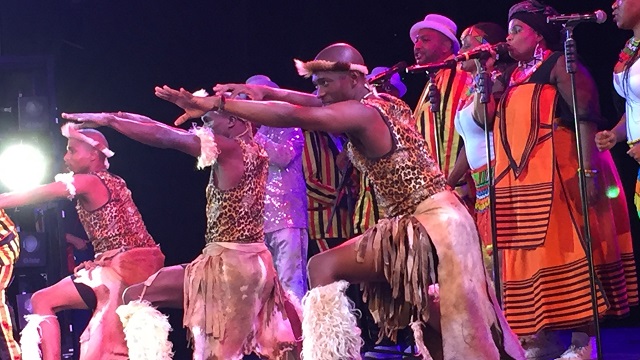 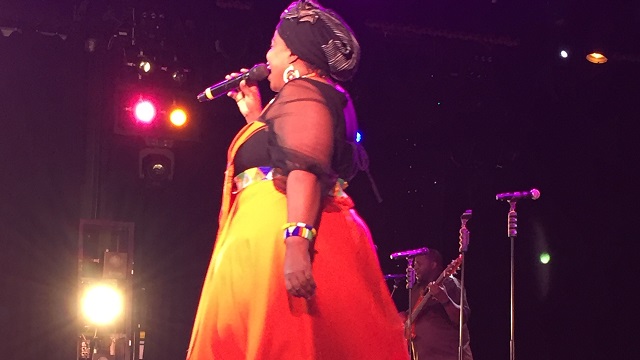 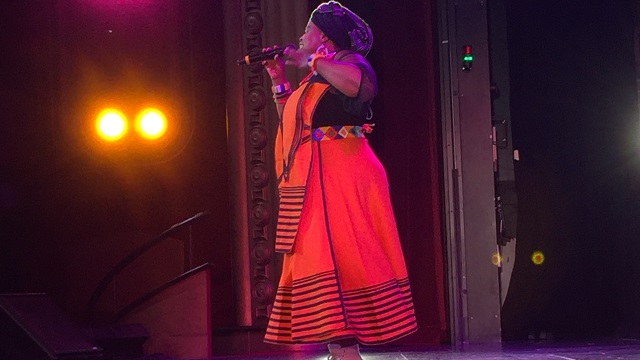 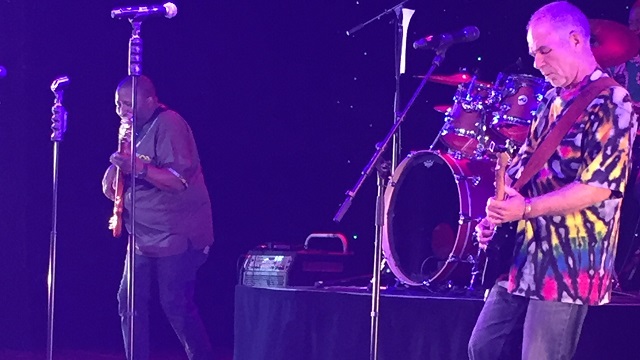 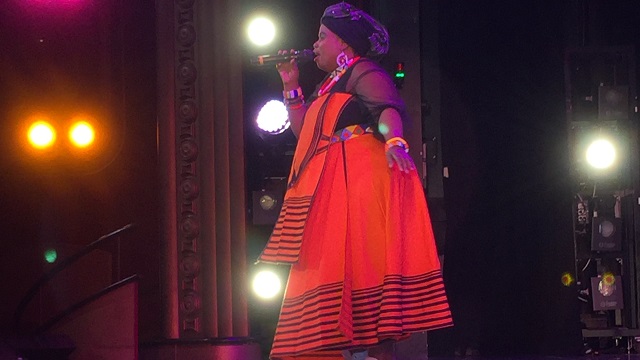 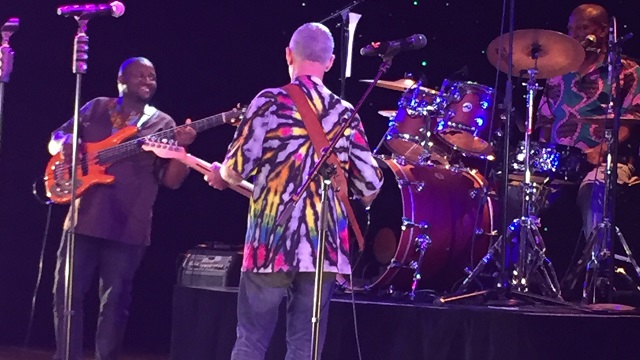 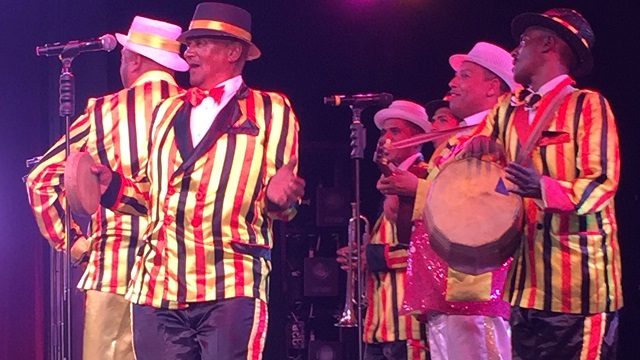 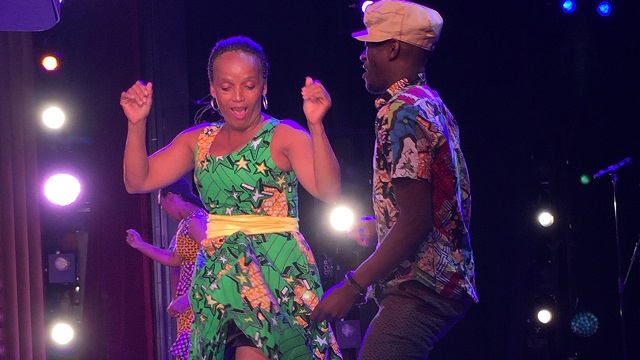 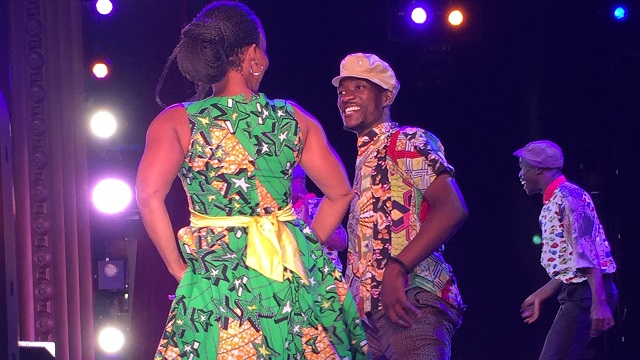 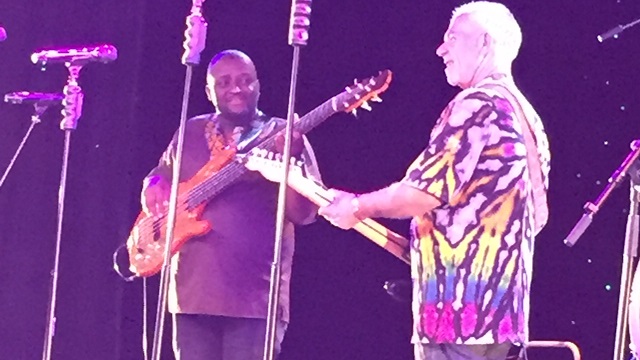 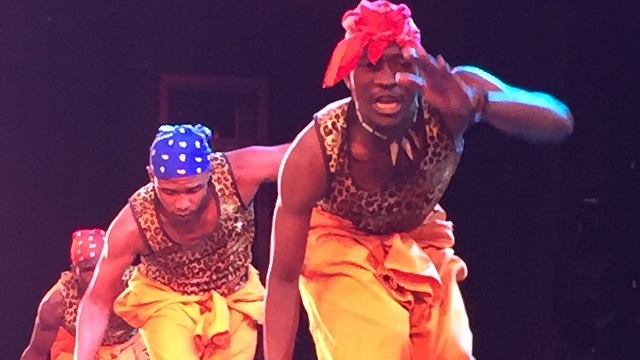 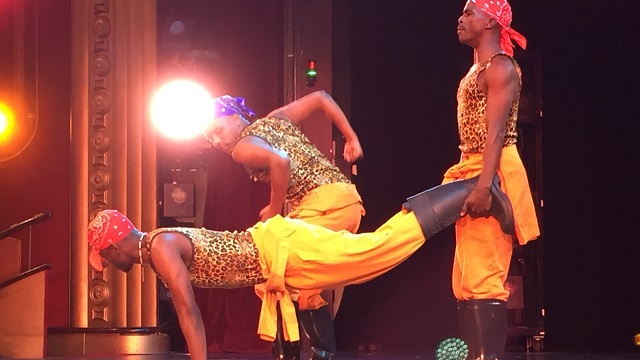 Masala describes a combination of or mixture of things and thus works perfectly as a name for a musical theatre piece featuring many of Africa and South Africa’s vast range of cultural musical and dance styles.

The show opens with the vibrant and colourful Cape Minstrels (locally known as the Kaapse Klopse). The Klopse dressed in bright colours, carrying colourful umbrellas and playing an array of musical instruments are quintessential Cape Town entertainment.
Their history is a colourful one. Minstrels from the United States first visited the Cape in 1848. This was ten years after the then British colony had abolished slavery (but years before emancipation in the US). The American minstrels were white, but they blackened their faces with burnt cork. The inverse of this behavior became popular with the local former slave population who, being dark skinned, whitened their faces instead and wrote songs to mock their former masters.

The next part of the show introduces the audience to a fantastic African Band, the embodiment of true South African entertainment! With a repertoire representing a cross section of African and South African Popular music, they are a culture crossing, highly entertaining band with an energy that is infectious. Lead by the hugely talented Fancy Galada, this band is truly an aural and visual treat.

The audience will then be treated to traditional Gumboot, Zulu and Kwela dance pieces, very rhythmic, very exciting and very South African!

Gumboot dancing was born in the gold mines of South Africa at the height of the migrant labour system and during the oppressive Apartheid system. The mine workers were not free to move around at will and were separated from their families for long periods of time. At best, working in the mines was a long, hard, repetitive toil. At worst, the men would be taken chained into the mines and shackled at their work stations in almost total darkness. The floors of the mines were often flooded, with poor or non-existent drainage. For the miners, hours of standing up to their knees in infected waters brought on skin ulcers, foot problems and consequent lost work time. The bosses discovered that providing gumboots (Wellington boots) to the workers was cheaper than attempting to drain the mines. This created the miners uniform consisting of heavy black Wellington boots, jeans, bare chest, and bandannas to absorb eye-stinging sweat. The workers were forbidden to speak, and as a result created a means of communication, essentially their own unique form of Morse code. By slapping their gumboots and rattling their ankle chains, the enslaved workers sent messages to each other in the darkness. From this came an entertainment, as the miners evolved their percussive sounds and movements into a unique dance form and used it to entertain each other during their free time.

The Zulu dance is a sign of happiness it's done when there is a Zulu wedding, inauguration of a king, when a child is born and when a war is won. The men have their way of singing and dancing, called Indlamu in Zulu, what they do is lift up one leg in the air, bringing it down together with the hands following the other leg then doing it over and over changing the legs, and while doing that they lift one leg in the air and fall purposely on the ground with their backs. The boys also do the same as the men.

Kwela is a popular dance of the South African townships. Danced to the folk-music of urban South Africa, developed from tribal origins with the growth of the towns themselves. Kwela music can be heard all over the African townships. This music has a unique swing feel. It's the music that made Miriam Makeba famous.
The Kwela dance is vibrant and fun.

This will be followed by a vibrant finale medley featuring the full cast.

The show is approximately 45 minutes long and has been performed onboard cruise ships for Princess Cruises, P&O, Askura, Cunard and others with much success.